Way back in the day Chad Darnell a fellow Los Angeles blogger came up with a cool little concept called 12 of 12 in which bloggers take 12 photos on the 12th day of the month and post them.  It's been going on a few years and I've tried my best to participate from time to time.  This month I remembered to take photos starting in the morning so I got a few photos to share.  12 to be exact.

I decided to just do random things I pass during my day.  Since I was too lazy to go for a run I didn't get many early morning shots.

1 OF 12: But my first one is on my walk to the Red Line at Hollywood / Highland.  I walk up Gardner to Hollywood and pass the fire station one block from my apartment. 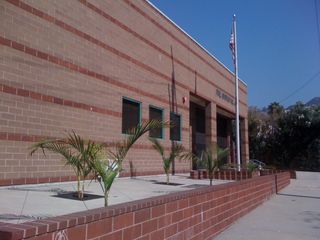 Figure the fire station is an important part of my life as it wakes me up from time to time during late night fire runs.  Or donut and coffee runs at 3am.

2 OF 12: Walking down Hollywood in the morning is actually the only time I want to be anywhere near Hollywood.  The sidewalks are still empty as the tourists are eating the free breakfast at the hotels.  Poor James Dean his arm has been broken for some time and people put trash in his arm.  No respect. 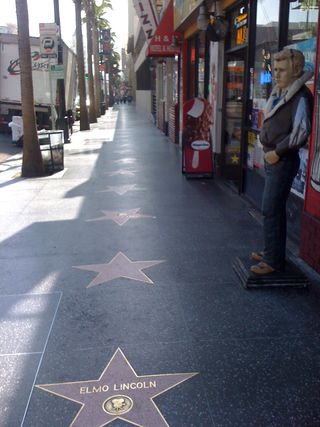 More importantly who the hell is Elmo Lincoln?  Actually he was the first Tarzan then quit acting to try is hand at mining but returned to Hollywood only to be an extra in a few films including two more Tarzan films. 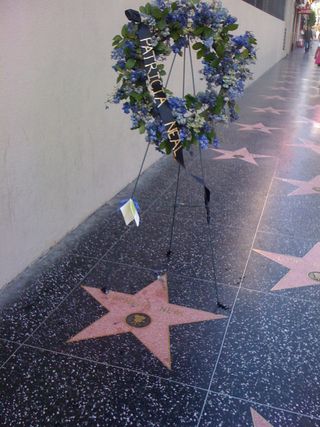 4 OF 12:  Charlie Chapman slept here or something like that at the Roosevelt Hotel. 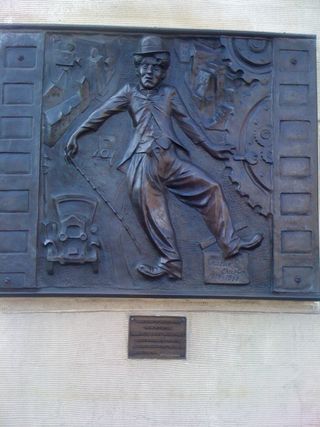 I stayed at the Roosevelt many years ago before the did the big renovation.  It's a nice piece of old Hollywood.  Glad it's still around. 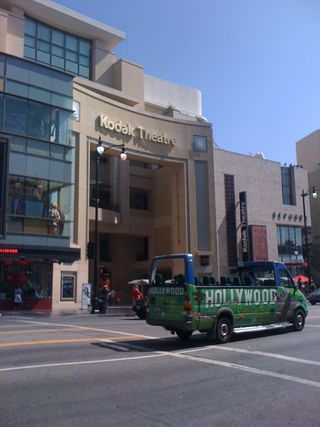 Couldn't have timed that photo any better if I had tried.  It was sure luck a tour bus was passing by. 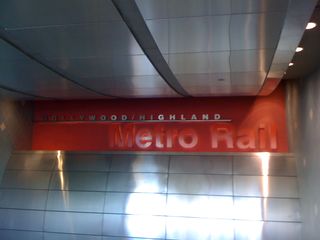 Since I leave after the morning rush I usually get to sit down the entire way on the Red LIne.  I go from Hollywood / Highland to... 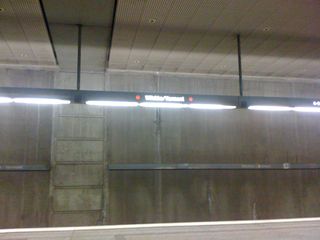 At this stop I have a few minutes wait so I continue to read a bit.

8 of 12: I love my Kindle.  I am too cheap to pay for a newspaper subscription so I keep trying the 14 Day Trial Subscriptions. 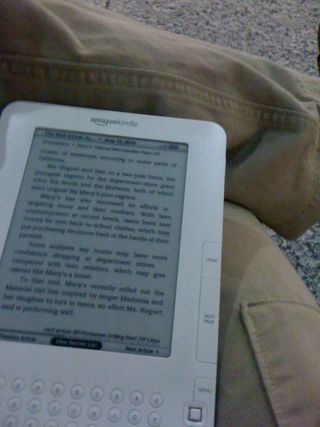 Some day I'll hafta break down and pick a newspaper.  This week I'm trying the Wall Street Journal which I really do enjoy.  Too bad it's one of the more expensive ones to subscribe to.

9 of 12: I get on the Purple Line and get off at Normandie / Wilshire. Work is a block away so it's perfect.  I enjoy the train since I get to read.  Can't do that and drive.  Well I guess you could but I wouldn't recomend it.

10 of 12: The work day is done and it's time to head home.  I decide to walk down Orange to Sunset to walk home and pass In n' Out.  Reminding myself that it's been too long since my last Double Double. 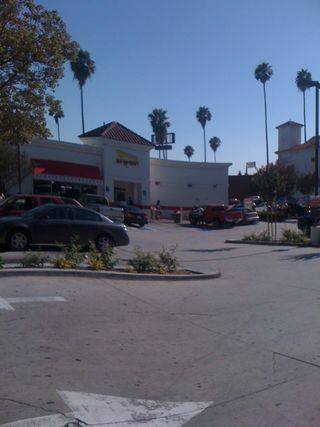 11 of 12: Sunset Blvd.  Traffic didn't seem so bad but then again I left work early today so it's before the rush hour traffic. 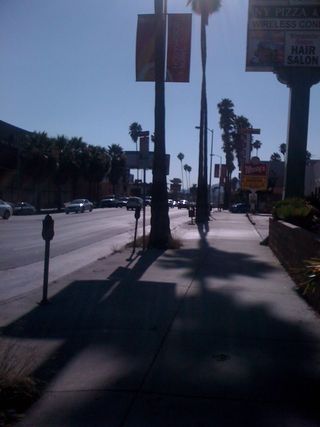 12 of 12: The Guitar Center has it's own Rock N' Roll version of the Hollywood Walk of Stars. 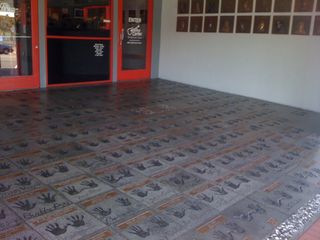 I walk by it all the time and have never took the time to even look at it.  Taking the picture was the longest that I ever really looked directly at it.  But tourists are always stopping by.  Guess I should check it out.

Well that was my 12 of 12 for August.  I didn't really plan it to be the Hollywood Edition but that is what it sorta turned out to be.  See more August 12 of 12's over at Chad Darnell's Blog.

Sorry I'm late commenting - my own 12 only went up on the 16th lol, as I was visiting friends. But better late than never for posting and commenting ;-)

A kindle is a great way to read a paper!