WTF?  NOOOOOO!  Well at least I'll be able to finally print a funny before they were 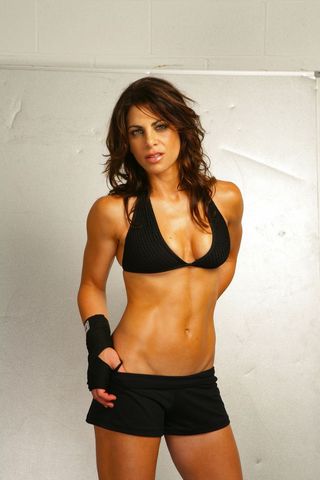 As the trainer announces on Twitter that season 11 will her 'last,' an insider tells THR her replacements will be announced next week.

Biggest Loser trainer Jillian Michaels has announced she's leaving the weight-loss reality show at the end of the next season.

"Season 11 of Biggest Loser will be my last :) have to finish out my contract," the trainer said on her Twitter account.

"They already hired her," Michaels Tweeted. "Using my last season to help launch her in season 11."

This isn't the first time Michaels has left the show but unlike last time she most likely won't be coming back.  I'm going to miss her yelling, really.  Maybe she can come and yell at me when I work out. Ya gotta wonder how this will work out for her various endorsements, can she stay relevant without being on The Biggest Loser?  She appears from time to time on The Doctors but really why is that show still on the air?  As Julia Roberts once said "Big, Big Mistake"

I have always been a fan of Jillian. I just love how she sway her body on the Biggest Loser challenges. I guess I love muscles! Oh lala!