Lane 1 - It doesn't get more classic then this "Christopher Plummer Sal Mineo Natalie Wood Juliet Mills Malibu 1965. Silent home movies given to me personally by Roddy McDowall." via youtube

Lane 2 - Gawker posts "Bodyboarding Tourist Ripped Apart by Shark.  Looking to re-ignite your childhood fear of sharks? Look no further! A tourist bodyboarding off a beach in western 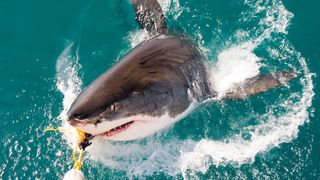 Australia was killed in a gruesome shark attack on Sunday, the first in the area in some two decades."

Lane 3 - AFP reports "Happy Feet the penguin begins long swim home.  Happy Feet, the lost penguin who became a worldwide celebrity after he washed up on a New Zealand beach was released back into the Southern Ocean on Sunday to begin a long swim home to Antarctica." 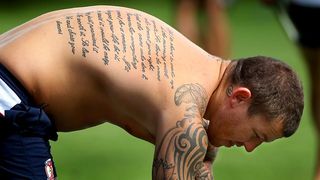 during the season."  Okay so that isn't swimming but if you scroll down you will find this "SWIMMING Australia is to talk to  Channel Ten bosses about the television coverage of the Olympic trials in Adelaide in March, traditionally an event that attracts massive ratings. It will be even more so next year in March with comeback superstar Ian Thorpe on the blocks against our new sprint champion, the Missile - James Magnussen.  Channel Ten has a deal to cover all major swimming events in this country until 2016 but has shunted it off to the ONE HD channel since it  did the deal. Swimming boss Kevin Neil will be demanding it goes live on the main channel for this event."  Hey, and look we got some eyecandy out of it!

Lane 6 - The Telegraph posts "James ' The Missile' Magnussen is one in a million.  HE'S the pin-up boy of Australian swimming with the potential to earn more than $1 million dollars.  In just under 12 months, James "The Missile" Magnussen has gone from little-known teenager from Port Macquarie to the man poised to surpass Ian Thorpe as the golden boy of Australian 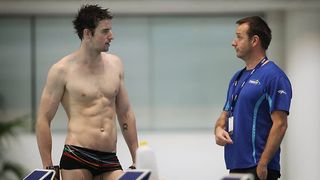 Lane 7 - Herald Sun posts "Ease up on the false starts.  SHANE Kelly groaned again this week. Of all the millions worldwide who tuned into the track and field championships and witnessed Usain Bolt's dramatic false start in the 100m, few shared the great sprinter's pain more than the now-retired Melbourne track cyclist…There have been two others of note. Sprinter Raelene Boyle was disqualified for allegedly breaking twice during the semis of the 200 at the Montreal Olympics, and who can forget swimmer Ian Thorpe falling in at the Olympic trials in 2004.  It probably cost Boyle a gold medal -- she was favourite -- but Thorpe was reprieved by having his spot in the 400m handed back and went on to win in Athens."

Lane 8 - Daily Bulletin posts "Shark encounter draws crowd at Los Angeles County Fair…New this year are the Shark Encounter and a show featuring grizzly bears. The shark encounter showcases six nurse sharks and one lemon shark.  During one show Saturday afternoon, a man in scuba gear swam in the small tank along with two sharks. During the standing-room only show, an announcer spoke over a speaker system."