Lane 1 - The Alligator posts "Florida swimming to host Florida State.  A swim race is relatively simple to understand: Whoever touches the wall first wins.  But a swim meet is more complex. Coaches have to acutely understand their team’s strengths and weaknesses, hoping to exploit 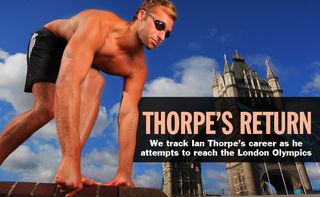 matchups that will yield them the highest point total at the end of the day." The Alligator also has "Men, women handle Florida State at home.  Florida swimming coach Gregg Troy assessed the Gators’ rivalry with Florida State after Wednesday’s meet, with one word: fierce."

Lane 2 - Daily Telegraph posts "Eamon Sullivan not worried about taking on Ian Thorpe in Tokyo.  EAMON Sullivan did not know he would be racing Ian Thorpe and hadn't even thought about facing off against the five-time Olympic Games champion."

Lane 3 - While The Sydney Morning Herald posts "Circus rolls into town as Thorpe seduces viewers all over again.  Nine months after the seemingly preposterous rumours became fact and Thorpe announced he would be making a comeback to the sport he so dramatically walked away from in 2006, the 29-year-old will race for the first time tomorrow at a normally low-key world cup event."  Also from The Sydney Morning Herald "Thorpe not expecting miracles or disasters.  Some days, Ian Thorpe feels like the best swimmer in the world again. Others simply leave him feeling "hopeless".  The five-time Olympic gold medallist expects to fall somewhere in between when he makes his long-awaited competitive return at the two-day FINA World Cup short-course meet in Singapore on Friday."

Lane 4- BBC (w/video) posts "Ian Thorpe to make comeback at World Cup in Singapore.      Thorpe will compete in the 100m butterfly and 100m individual medley in Singapore. His presence has led to huge interest in a normally low-key event." 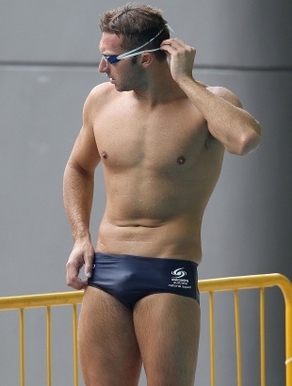 he’s more nervous than ever ahead of his first competitive swim in five years but relieved to be getting it out of the way at the FINA World Cup in Singapore on Friday."

Lane 7 - York Daily Record (w/video) has "Group swims the Big J for 1,000 weeks at York YMCA.  About 10 men in their 50s and 60s and a 20-something woman waded in swimsuits at one end of the YMCA pool, waiting for their start time -- 6:10 a.m., every Friday.  The workout never changes. It's called the Big J -- named after Bob Jensenius, who created the swimming routine about 30 years ago."