Monday's Swim Report - Here Come The Brits & Some Others 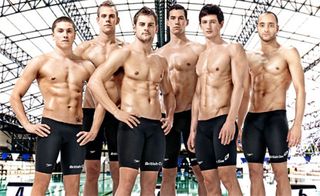 Lane 2 - The Guardian posts "British women swimmers making fast profit from Smart Track training.  Ellen Gandy, Fran Halsall, Lizzie Simmonds, Jessica Dickons and Jemma Lowe carrying main British hopes for London 2012.  he countdown to London 2012 begins in earnest for Britain's swimmers next Saturday, with the start of the national selection trials at the Olympic Aquatics Centre in London. It is indicative of the sport's rude health that the performance director, Michael Scott, expects this group to be the most competitive in British history. The team claimed six medals at last year's world championships in Shanghai – matching the target they have been set for the Games."

Lane 5 - The Guardian posts "Ellen Gandy: A new and improved Speedo swimsuit? Not for me, thanks.  Next week's Olympic trials will be dogged by a familiar controversy – but not everyone is getting involved…nd I did it all in my old Speedo suit. All the talk on the circuit right now is about the new Speedo suits, which launched last December. Speedo say it is their fastest ever. People were trying them out in NSW and will be again at the trials. I've decided I'm not going to wear one in the trials…"

Lane 7 - NINE MSN posts "Magnussen bans booze before swim trials.  Magnussen, 20, is hot favourite for the 100m freestyle in London and is expected to have no problems qualifying for the Australian team in the Adelaide meet, starting March 15.  But the 20-year-old is leaving no stone unturned on his path towards Olympic glory, revealing he has yet to touch a drop of alcohol in 2012.  "I've been off the drink since New Year's and I won't be drinking again before the Olympic trials, which is tough for someone my age," Magnussen told AAP."

Lane 8 - CBS Miami posts (w/video) "Shark Attack Survivor’s Harrowing Tale.  If you’ve ever wondered what would happen if you were attacked by a shark, you’re probably not alone.  “It’s the kind of thing where you start thinking about it, and you start getting cold shivers down your spine, and you kind of shake your head and you don’t want to think about it anymore,” said Anthony Segrich, a shark attack survivor."

Bonus:  In case you needed to see the Brit's Bigger... 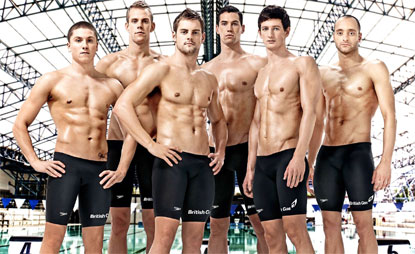