Monday's Swim Report - The Ringmaster of The Pool

Lane 2 - 9msn posts (w/video) " D'Arcy should apologize.  Nick D'Arcy knows he polarises public opinion.  He'd like to be widely supported at the London Olympics. But he's also a realist.  "How I'm perceived in the public is not something I have control over," said D'Arcy, who will race in London four years after being ejected from Australia's Olympic team for assaulting former teammate Simon Cowley."

Lane 3 - Sunrise On 7 posts via youtube "Magnussen competes for Olympics.  While Ian Thorpe's comeback dream is over, 20-year-old world champion James Magnussen will compete for a place in the Olympic squad."

Lane 4 - The Sydney Morning Herald posts "Trickett knows she faces tough fight. While Ian Thorpe's fairytale sank in the pool on Sunday, for Libby Trickett the dream is alive. Tonight she will swim for a chance to compete at her third Olympics after comfortably qualifying for the 100m freestyle final.  Trickett, who announced her comeback 18 months ago, qualified fifth-fastest with a 54.19-second swim, her best time since she returned to competitive swimming." 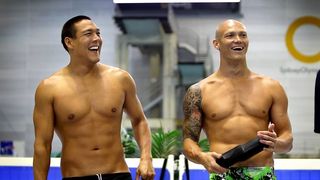 Lane 5 - Perth Now posts "Geoff Huegill and Michael Klim put comebacks on line.  IT HAS the makings of a fairytale, but Geoff Huegill and Michael Klim are no certainties to turn back the clock 12 years at the Olympic trials today.  The Sydney 2000 silver and bronze medallists have embarked on comebacks in an attempt to qualify for the London Games.  Huegill's journey started in 2008 and, after dropping 45kg, he tasted success with a gold medal at the 2010 Delhi Commonwealth Games.  Klim's return has been more rushed - he decided 18 months ago he wanted to compete at a fourth Olympics and, after falling short in the 100m freestyle, this is his last chance." 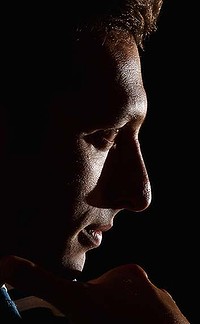 Lane 7 - Brisbane Times posts "Prince Charming still chasing fairytale finish as swimming will greatly benefit from the publicity backwash.  Gather the pegs, fold up the tent, it's time for the circus to leave town. But don't worry: same time, same place in 12 months, the circus will be back in Adelaide.  Any publicity is good for swimming, and Ian Thorpe has been the ringmaster in that category all week at the Olympic selection trials."

Lane 8 - The Australian posts "Margaret Whitlam's key role in landing Olympics for Sydney.  MARGARET Whitlam may have missed her chance to swim for Australia with the cancellation of the 1940 Olympics, but several decades later she played a crucial role in helping Sydney win the right to host the 2000 Games.  Indeed, according to Australian Olympic Committee president John Coates, the harbour city might not have won the hosting rights without Mrs Whitlam, who passed away in Sydney on Saturday, aged 92.  In the book, The Bid: How Australia Won the 2000 Games, published in 1994, bid leader Rod McGeoch recalled the crucial lobbying trip. "Margaret was walking with the aid of a stick but they kept up a gruelling pace around Africa," McGeoch wrote."