the17thman
Home Archives Profile Subscribe
"Not Much Of A Swimmer, Are You?"
Battle of the Network Stars Swimming Relay May 82 JOHN JAMES HEATHER THOMAS 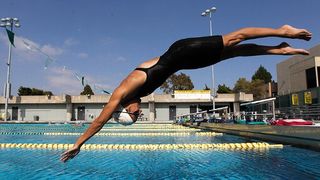 greet her second interviewer of the day with her face still made up and television-ready. A CNN crew has just vacated her living room after filming a segment on women's health, set up by her corporate sponsors at Procter & Gamble; bagels and coffee procured for the shoot sit on the kitchen island…"

Lane 2 - The OC Register posts "West cheating Father Time to make Olympics.  Steve West's legs whip together on each powerful, underwater kick. His hands knife forward through the water's surface as he speeds toward the conclusion of another mid-day training session.  The Huntington Beach resident doesn't swim like a longshot for the U.S. Olympic Swimming Trials in June. But admittedly, he is.  Last summer at age 39, the former Huntington Beach High and University of Michigan breaststroker became the oldest American male to qualify for the U.S. Olympic Trials, according to Swimming World.  Now almost a year later, West could break his own record this weekend at a star-studded TYR Fran Crippen Memorial Swim Meet of Champions."

Lane 3 - Florida Today posts "Trio excel in pool at Masters.  At 58, Pat Sargeant is a lifelong swimmer who holds an armful of age group records. Mo Hughes, who is the same age as Sargeant, was a standout swimmer who became one of the area’s most respected coaches. J.C. Mejia, who is 25 years old, never swam a competitive stroke until two and a half years ago.  Each was a multiple-event winner at the 2012 National YMCA Masters Championship April 12 to 15 at the Swimming Hall of Fame Aquatic Complex in Fort Lauderdale." 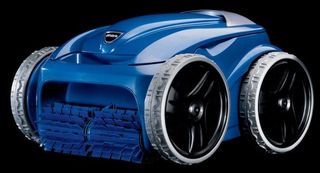 Lane 4 - Engadget posts "Polaris' pool-cleaning robots get updated with added intelligence, four-wheel drive.  That includes the company's most advanced robot to date, the $1499 Polaris 9400 Sport (pictured), which adds four-wheel drive for the first time, as well as the company's new accelerometer-enhanced ActivMotion Sensor technology -- something Polaris says allows the robot to continually sense where it is in the pool and optimize its cleaning action accordingly."  We so needed this morning to pick up all the duck poop in the pool!

Lane 5 - The Australian posts "Magnussen swims under the radar.  NO ONE should worry that James Magnussen will suffer the same fate as Stephen Holland when the world champion makes his bid for Olympic gold, according to former long-time coach of the "Superfish", Laurie Lawrence.  Lawrence mentored Holland to 12 world records in three years in the 1500m freestyle.  Like Magnussen, Holland was the reigning world champion heading into the 1976 Montreal Olympics. He was viewed as a certainty to win gold. But after leading for two-thirds of the race he was overhauled by Americans Brian Goodell and Bobby Hackett. Holland took bronze, with all three swimming under the Australian's old world record." 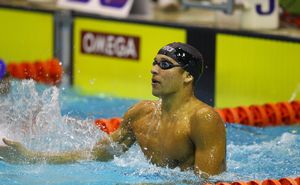 Lane 6 - Sportlive posts "Magnificent seven is Le Clos' Games goal.  NEW star Chad Le Clos is looking to do a Mark Spitz at the London Olympics by competing in seven events - a first for an SA swimmer.  Le Clos, 20, wants to enter four individual races as well as the 4x200m freestyle relay and the butterfly leg of the 4x100m medley relay."

Lane 7 - The Gainesville Sun posts "Gators will be well-represented at London Games.    Florida swimming coach Gregg Troy was surprised to learn the 2012 Olympics in London will start in 100 days.  “We've got a lot of different targets,” Troy said. “The Olympic Trials for the Americans and then we've got a few foreigners that are getting ready for the Olympics."

Lane 8 - WSJ posts "Getting Ready for the Social Media Olympics.  Pegged to the 100-day countdown to this summer’s Olympics in London, the International Olympic Committee Wednesday rolled out a hub pulling in Facebook messages and Twitter posts of Olympic athletes.  The Olympic Athletes’ Hub collects in a single directory the existing Facebook and Twitter profiles from athletes including tennis player Rafael Nadal and New Zealand rower Juliette Haigh, who posted a message Wednesday on Twitter and Facebook: “#100daystogo until London 2012.” The more athletes a person “follows, the more points he collects towards winning prizes and unlocking rewards, such as an online video about training tips from former Olympic swimmer Mark Spitz."