Monday's Swim Report: Drinking & Pill Popping! It's The Valley of The Swimming Dolls

Lane 1 - The OC Register posts "Veteran swimmer Lezak on track for Olympic Trials.  Jason Lezak looked almost unchanged as he stood atop the awards podium Sunday night after winning the 100-meter freestyle at the Speedo Grand Challenge.  Muscular frame. Short haircut. Friendly smile. There was, however, one difference."

Lane 2 - The Telegraph posts (w/video) "Channel Nine stands by commentator Grant Hackett after anti-violence charity sack him as scale of destruction revealed.  The Alannah and Madeline Foundation announced that Hackett had last week been "relieved of his duties" with the organisation just as damning new images of an alcohol-fuelled rage at his multi-million dollar Melbourne penthouse came to light over the weekend.  The shocking pictures, published in The Sunday Telegraph, showed the scene to which police arrived in the early hours of October 30, 2011 after receiving a triple-0 call from his wife Candice Alley who was at home with their two-year-old twins Charlize and Jagger."

Lane 3 - People Mag posts "Dara Torres Uses Ambien to Sleep Before a Big Race.  Asked how she gets shut-eye before an important competition, she tells Health: "It's called Ambien," referring to the prescription drug used to treat insomnia." 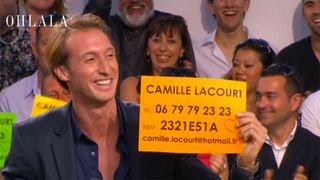 Lane 6 - The Sydney Morning Herald posts "Aussie swimmers sitting pretty after Europeans fire their best shots.  Australia remains ranked to win six gold medals in the pool at the London Olympics following the completion this morning of the European Swimming Championships in Hungary."

Lane 8 - The Washington Post has "A shark attack probably won’t kill you, and other lessons from the science of the beach.  If you get attacked by a shark, you’ll probably live. It’s a bit terrifying that fatalities from from shark attacks hit a 20-year high in 2011, with 12 people across the world dying from encounters with the animals. American tourists can rest slightly assured though, that all of those shark-related fatalities were outside the United States. And, in general, shark attacks actually aren’t fatal. A 2001 review of 86 cases found that 81 percent of those attacked suffered only minor injuries that required “a simple, primary suture,” the researchers said. Take that, Jaws."