Lane 2- USA Swimming posts via youtube "Conditionng Corner: It Takes an Olympian Like Effort.  Before you set your sights on becoming the next MIchael Phelps, or Missy Franklin, realize that it's going to take an incredible amount of work to get there- both in and out of the pool." 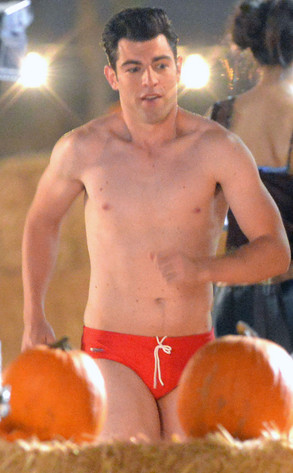 was spotted in a Speedo on the Los Angeles set of his show on Monday.  And while we're not exactly sure what the scene involved, given the two pumpkins, we can only assume that maybe it has something to do with Halloween."

Lane 5 - MetroNews posts "Mission Olympian Brent Hayden to concentrate on photography, coaching.  Brent Hayden is ready to work with the next generation of swimmers and support his wife’s passion for music the way she stood by him in his long swim to the Olympic podium.  The Mission native just got back from an action-filled summer — finally winning his first Olympic medal at the London Games and marrying his fiancée Nadina in her home country of Lebanon a few days later."

Lane 6 - Collegiate Times posts "Olympic athletes share inspiratio.  Even after having to be fully resuscitated at a waterpark after nearly drowning on a massive waterslide, Cullen Jones still could not resist being in the water.  Jones is a decorated Olympic swimmer, and along with track and field world record holder and Paraolympic gold medalist Marlon Shirley, he spoke to a crowd of Virginia Tech students last week as part of a ten-campus tour."

Lane 7 - The Wall Street Journal posts "Upper East Side 'Pool Party' Goes for Gold.  nd the gold medal for most inventive event we've been to so far this year goes to…Darcy Miller Nussbaum. She hosted a "pool party" in her Upper East Side apartment to celebrate Asphalt Green and its recent Olympian, the 17-year-old Brooklyn swimmer Lia Neal, who returned from London with 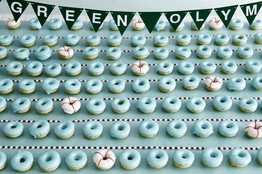 the Bronze…Then Ms. Miller Nussbaum asked the cookie company Eleni's to make cookies in the shape of bathing suits. She called a downtown bakery named Shellco and asked if they could make blue petit fours and blue doughnuts. For the party, she lined the blue doughnuts along a big piece of Lucite over a blue piece of wrapping paper to make it look like a pool. Lanes were demarcated by whole punches of red and white paper…Mr. Callahan brought trays that were meant to look like swimming pools, embellished by cutouts of swimmers Ms. Miller Nussbaum had designed and drawn."