Lane 1 - Liverpool Daily Post has "Shoulder injury hampered my Olympic bid, says Fran Halsall.  FRAN HALSALL’S outgoing coach Ben Titley has revealed how an untimely shoulder injury prevented her adding an Olympic gold to her Commonwealth and European titles at London 2012.  The 22-year-old competed in five events at London 2012 – one fewer than she did on her Olympic debut at Beijing 2008 – and narrowly missed out on a medal in three of them."

Lane 2 - The Dr Mol Show posts via youtube "Lisa catches up with Cameron van der Burgh.   Lisa meets with Olympic swimmer, Cameron van der Burgh, to chat about his success and where he thinks it stems from. They also talk about the general benefits of swimming, as well as some charity work Cameron has been involved in."

Lane 3 - The Guardian posts "Swimming World Cup to pit men against women for first time in history.  Dubai World Cup event to feature 4x50m mixed-gender relays.  Initiative to feature at all eight World Cup meetings.  For the first time in swimming history the opening meeting of Tuesday's World Cup in Dubai will feature 4x50m mixed-gender relays.  Teams will be made up of two members of each sex and it is up to teams to decide whether they want to race men against men or pit a woman against a man." 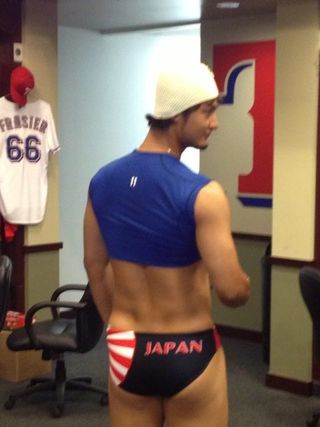 Lane 6 - iafrica.com posts "Chad's a 'true gentleman.  Chad le Clos was a 'true gentleman' 17-year-old Melanie Olhaus said after the Olympic gold medallist made good on his word and attended her matric dance as her partner.  Olhaus had asked the swim star to be her matric dance partner when the South Africa Olympic team touched down at the at OR Tambo International Airport in August.  "It was even more wonderful than I expected. I felt like a celebrity," Olhaus told Afrikaans newspaper Beeld."

Lane 7 - City of Santa Monica posts via youtube "Swim Center" about the 10th anniversary of the pool in Santa Monica Swim Center with Clay Evans of SCAQ.

In this game How much lenth for swimming pool?
And What is the minimum and maximum time duration for reaching the target?