Lane 1 - The Australian posts "Barclay Nettlefold named new boss of Swimming Australia.  BARCLAY Nettlefold, a yachtsman with a business background in advertising, was today elected president of Swimming Australia.  Nettlefold, 48, from Melbourne, who beat another Victorian in Laurie Cox for the post, described his elevation to the top job as: "an honour of being given the task to lead the sport by the stakeholders."  Also, three-time Olympian and broadcaster, Nicole Livingstone, elected  to the board, at today's annual general meeting in Sydney."

Lane 2 - Young Hollywood posts via youtube "Cullen Jones & Fam Teach How To Wobble! Time to cut loose at the Young Hollywood Studio as Olympic gold medal-winning swimmer Cullen Jones and his crew teach our crew, including host Nikki Novak (@nikkinovak), how to do The Wobble! Why not give it a try yourself?.." 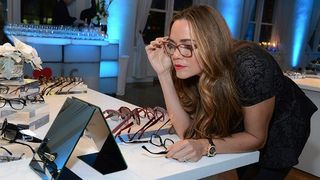 Thursday, Coughlin, who wears contacts while swimming, partnered with one of her sponsors, LensCrafters, as lifestyle expert to help spread the word about eye health -- specifically for athletes.  "Sponsors allow me to continue to compete. In swimming, we don't make money competing," said Coughlin, who has competed in three Olympics. "Most athletes make their money through endorsements. And the great partnerships allow me to pay the bills to pursue my dreams."

Lane 4 - The Seattle Times posts "Adrian looks to Rio, beyond.  Olympic swimmer Nathan Adrian, a Bremerton native who won two gold medals in London, talked about his sport, winning gold and his personal…"

Lane 5 - Times of Zambia posts "UK swimmers raise K169m.  THE four British swimmers who cycled from Livingstone to Lusaka under the ‘Cycle for Zambia’ fundraising challenge that covered 500km have raised 20, 000 pounds (about K169 million)  Sport-In-Action (SIA) in partnership with the four swimmers intends to raise K400 million which would go towards renovation of selected Government schools, a community sports facility and renovation of the Kalingalinga Hospice in Lusaka."

Lane 8 - ioL posts "Swimming SA gets sponsor: report.  The North West University (NWU) has offered a R360 000 sponsorship to help swimmers who would have had to pay out of their own pockets to attend the World Short Course Championships in Istanbul, Beeld reported on Saturday.  This amounts to a sponsorship of R14,400 for each swimmer.  Earlier this week, Swimming SA (SSA) president Jace Naidoo confirmed the 25 member team selected for the championships would have to fork out between R7000 and R8000 each to be able to participate in the event in December."