the17thman
Home Archives Profile Subscribe
Almost But Not Yet My Last Swim Workout...
This Is Me by Ian Thorpe

Lane 1 - University of Florida posts "Dara Torres to host this year’s Gator Growl.   Gator Growl 2012 will feature 12-time Olympic medalist and Gators alumna Dara Torres as the host for this year’s event, starting at 7 p.m. Nov. 9 at Ben Hill Griffin Stadium.  The theme of Gator Growl 2012 is “United We Growl” and the show will be honoring both the Florida Gators and the United States military on the eve of Veterans Day Weekend."

Lane 2 - Broadcast Exchange via youtube posts "Never too old to swim with Olympic heroes.  Watch our video to learn more about this year's winners and see how Paralympians and Olympians, such as Ellie Simmonds, have inspired people to get involved.  You can go to http://www.kelloggs.co.uk/swimming for more information & for more exclusive content with the Team GB stars from the awards, visit http://www.facebook.com/KelloggsUK"

Lane 3 - OMG! posts "Get Movin' Monday - Summer Sanders' Fit For Life Plan!  "I'm thrilled to be 40. When you're 40 you feel empowered and you know who you are. I feel comfortable in my own skin," retired Olympic champ Summer Sanders reveals to Healthy Hollywood about her recent 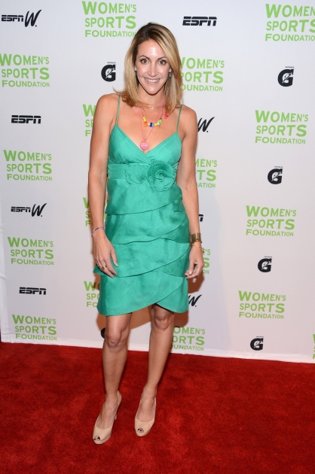 milestone birthday.  Summer says her body looks as good today as it did when she was the most decorated U.S. swimmer at the 1992 Olympics in Barcelona."

Lane 4 - Mail & Guardian posts "Medallist makes a splash.  After winning gold at the Olympics, Cameron van der Burgh is on a mission to help young blacks to learn to swim.  Cameron van der Burgh, the University of Pretoria commerce student who won gold in the 100m breaststroke at the London Olympics, has started a campaign to teach previously disadvantaged children at primary schools to swim.  He is convinced that black people can swim and win medals if exposed to the sport from a very early age. Van der Burgh was so impressed by the United States’s Cullen Jones, an African-American who won a silver medal in the men’s 50m freestyle final at the London Olympics, that he has been inspired to help previously disadvantaged children in South Africa to learn to swim and win medals."

Lane 7 - IGLA 2013 posts via youtube "Juanita DeFuca's Dressing Room - IGLA 2013.  This is a glimpse behind the scenes of upcoming IGLA 2013 videos and commercials. TMZ eat your heart out."

Lane 8- The OC Register posts "Irvine honors its hometown Olympic winners.  Council recognizes swimmer Lezak, coach Klatt, two others in ceremony.  London 2012 Olympic swimming silver-medalist Jason Lezak and Dan Klatt, assistant coach for the 2012 gold-winning U.S. women's water polo team, were honored Tuesday by the City Council.  Lezak won a 2012 silver medal in the men's 4x100-meter freestyle relay. He also won medals at the 2000, 2004 and 2008 Olympics. He competed in swimming for Irvine High School and after college returned to live in Irvine, where he still trains at Woollett Aquatics Center.  "It's a great honor to represent the city of Irvine," Lezak said."