Friday's Swim Report - Scientist Agree "It's Okay, You Can Pee In The Pool."

Lane 1- Mail Online posts "There IS no danger to peeing in the pool like Olympic swimmers Michael Phelps and Ryan Lochte, confirm scientists.  In a year-end review titled 'Celebrities and Science 2012' a UK non-profit Sense About Science (SAS) asked biochemist Stuart Jones to weigh in on the situation.  'Urine is essentially sterile so there isn't actually anything to kill in the first place. Urine is largely just salts and water with moderate amounts of protein and DNA breakdown products,' he 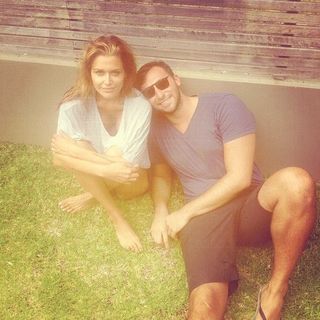 said when asked about urinating in a pool.  'Peeing in a swimming pool, even if all swimmers do it simultaneously, has very little impact on the composition of the pool water itself,' he added."

Lane 3 - Milwaukee Journal Sentinel posts "Not just for summer anymore.  It’s dark. It’s cold. Heading to the pool might be the furthest thing from your mind. While summer is the time of year for playing at the beach, pool parties and outdoor water sports, the colder months are actually a great time to start swimming.  “Swimming is a low-impact exercise that depending, on the intensity of the workout, can involve multiple energy systems,” says U.S. Masters Swimming Club and Coach Services Director Bill Brenner. “Swimming improves your cardiovascular system as well as stamina and flexibility. It is a popular form of exercise for weight loss and weight control due to the high caloric consumption associated with the activity.”  Swimming is the form of exercise most adults would choose to do if given the opportunity, according to research by the Sporting Goods Manufacturers Association . “If you ask 10 adults if you could do one exercise for an hour 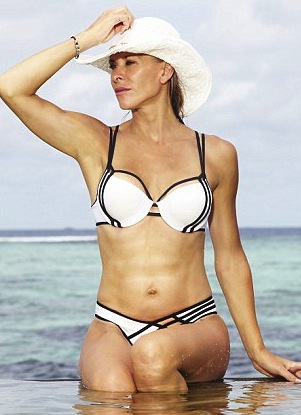 with maximum benefits and minimal risk for injury the majority would pick swimming,” says Brenner. “This is true even for those who can’t swim a length of the pool, because 37 percent of adults can’t.”

Lane 4- Daily Mail Online posts "Sharron's shapely at 50 thanks to a little nip 'n' tuck: Former swimming star credits cosmetic procedures for helping her look so good.  Former Olympic swimmer Sharron Davies admits cosmetic treatment.  Says she has Botox injections, fillers for her nose and breast augmentation.  50-year-old says: 'I just want to look the best I can for my age'."

Lane 5 - USA Today posts "The 19 best Ryan Lochte tweets of 2012.  f you're not one of Ryan Lochte's 1.1 million Twitter followers, you're missing out on the web's pre-eminent spot for laid-back half-thoughts, malaprops and homonym confusion. But, rest assured, if you've missed out so far, we'll catch you up."

Lane 7 - The Hollywood Reporter posts "Olympic Gold Medalist Tyler Clary on Professional Gamers, Favorite Gadgets and Rio Goals (Q&A).  When he’s not in the pool, Clary, 23, likes to play video games. He’s also a DJ. Clary was able to blend his two hobbies together this year at the Curse Gaming House in Beverly Hills, where he played DJ to League of Legends pro gamers and others in eSports. Clary talks about his love of gaming in this exclusive interview."

Lane 8 - China Daily posts "China on a golden pond.  Superstars Sun and Ye lead a fresh wave of swimming stars, writes Sun Xiaochen.  It's always tough to pick the best sportsman and sportswoman in an Olympics year with so many golden performances. However, this year's vote might be easier for the selection panel as Chinese swimmers made history-making breakthroughs at the London Olympics, where they bagged 10 medals (five gold) to finish second on the table while also showing the world they are power to be reckoned with.  Delivering its best haul since its Olympic debut in 1984, the Chinese swimming squad drew the biggest spotlight in the nation's 38-gold London delegation and saw its crown jewels, Sun Yang and Ye Shiwen, nominated for multiple year-end awards, including the prestigious Laureus World Sports Awards (Ye for Breakthrough of the Year)."