Lane 1 - The Guardian Swimming Blog posts "Swimming lessons: Swimming Nature.  Third of our tested methods is the coaching system designed by Brazilian Eduardo Ferré, which prides itself on rapid progress.  They say: "Swimming Nature for adults is an intensive but patient teaching programme tailored to your needs. We can teach anyone to swim from scratch or improve your swimming to a level where you are a strong and confident swimmer, swimming for fitness."

Lane 3- Gulf News posts "Top swimming stars bound for Dubai.  Chad Le Clos, Katinka Hosszu and Oussama Mellouli all confirmed for competition from October 17 to 18.  After brilliant performances in the first two rounds of the Swimming World Cup in Eindhoven and Berlin in 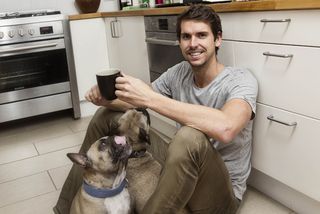 August, which saw an unprecedented 10 world records broken over the two events, the competition promises to be tougher than ever this year."

Lane 4 - Good Food posts "Kitchen spy: Eamon Sullivan.  Eamon Sullivan first gained his public profile as a record-breaking swimmer, but with an injury-fraught career, chef training provided a fallback position. He won the Celebrity MasterChef series in 2009 with his Chocolate Delice but his continued swimming success meant he didn't need to cook professionally for some years. His swimming career was briefly marred by his admitted participation in a controversial bonding session before last year's London Olympics involving the taking of Stilnox sleeping pills. He lives in Perth with French bulldogs Duke and Baxter, and has two businesses on the go - Louis Baxter's Cafe and Bib and Tucker restaurant."

Lane 6 - The Guardian posts "The terrible truth about swimming with children.  Everyone always goes about about how heavenly it is taking your youngster swimming. Unfortunately that's piffle."