MIAMI, Feb. 6, 2014 – As athletes from around the globe prepare to compete in this winter’s biggest international event, Royal Caribbean International is set to kick-off a competition of its own.  The cruise line has enlisted three world-class athletes best known for their abilities in warm-weather sports – U.S. gymnast Gabby Douglas, British diver Tom Daley and Australian swimmer, Ian Thorpe – to put a tropical twist on cold-weather sports favorites, and compete in an epic battle – The Caribbean Cup Challenge – onboard Allure of the Seas.

The three internationally recognized champions will put their talents to the test, competing in a series of 10 events that can all be found onboard the cruise line’s ships, as well as in Labadee, Haiti, Royal Caribbean’s private beach destination.  Putting a tropical twist on favorite cold-weather sports, such as snowboarding, having a snowball fight and ice fishing, the athletes will go head-to-head in activities ranging from surfing on Royal Caribbean’s signature FlowRider surf simulator and racing on the Dragon’s Tail alpine coaster ride in Labadee, to playing dodge ball on Allure’s sports court, testing their hands at sushi-making, and more. Consumers can tune in to Royal Caribbean’s YouTube page to follow the action beginning Feb. 7, 2014. 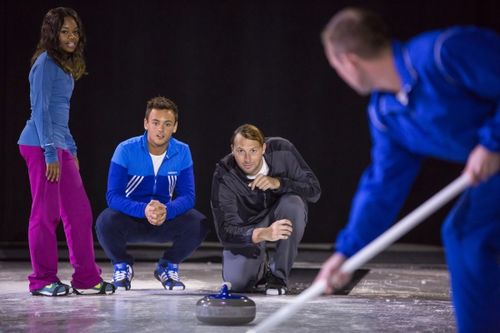 Nobody does the Caribbean better than Royal Caribbean, and viewers inspired by the Caribbean Cup Challenge can visit www.RoyalCaribbean.com to explore the options for their own warm-weather getaway in the Caribbean. The cruise line boasts the newest, most innovative ships at sea, sailing from convenient U.S. homeports in Baltimore, Md.; Cape Canaveral, Fla.; Fort Lauderdale, Fla.; Galveston, Texas; Miami, Fla.; New Orleans, La.; Tampa, Fla.; and the New York-area.