Lane 3 - Detroit Free Press posts "Canton gold medalist Schmitt fighting past depression. Allison Schmitt did not want to cry. And she especially hated letting her tears flow on a pool deck where 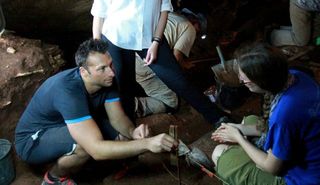 she was surrounded by Olympic teammates and other elite swimmers from around the country."

Lane 5 - The Australian posts "Grant Hackett aims for last Olympic hurrah at Rio Games. Dual Olympic champion Grant Hackett has finally confirmed that he will make a run at next year’s Rio Olympics, as he prepares to depart with the Australian team for first time in seven years for next month’s world championships."

Lane 6 - Swimming World posts "How Swimming Can Help You Overcome A Bad Breakup."

Lane 7 - US Embassy Wellington posts "Independence Day message to New Zealanders from US Olympic Swimmer Dara Torres. Dara Torres, who won 12 medals as the only American to compete in five Olympic games, reflects on what is important to her on the Fourth of July."

Lane 8 - HuffPost has "6 Pool Safety Questions You Need Answered Before You Dive In."