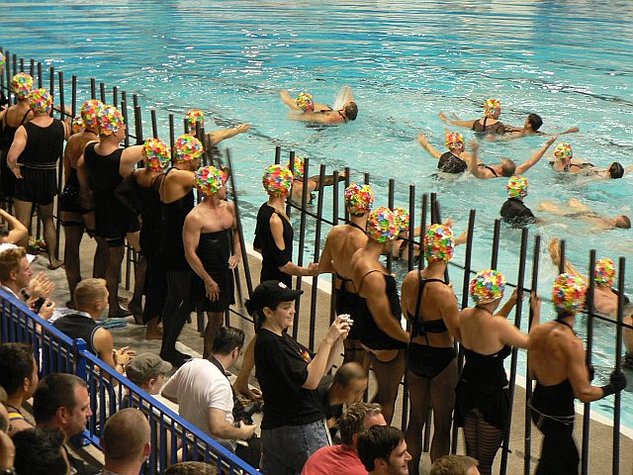 Trolling the web I keep finding more and more Pink Flamingo Photos this time from TeamNY Aquatics website.  Click HERE for more photos.  Oh and FYI this is the very first photo that I am actually pictured in this one. 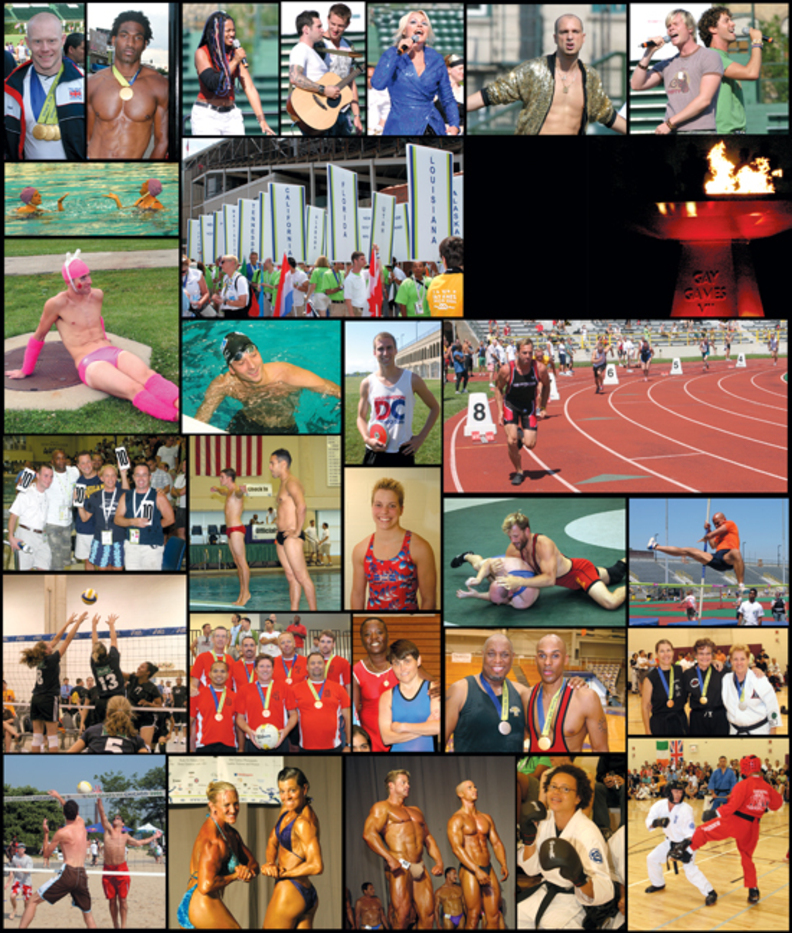 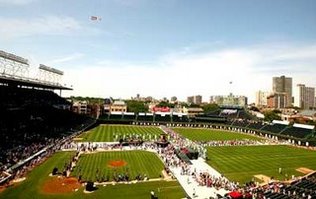 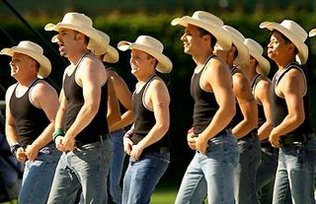 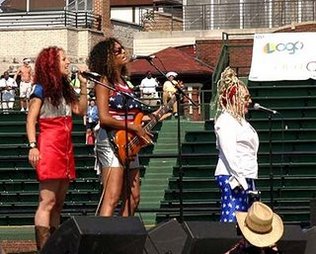 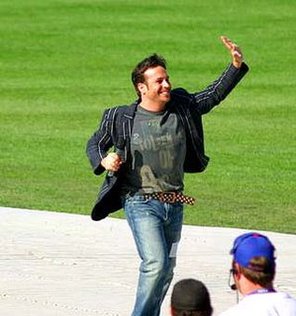 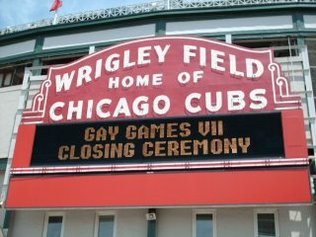 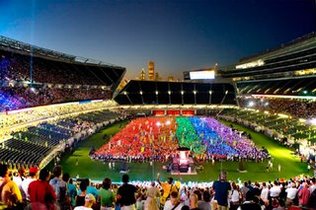 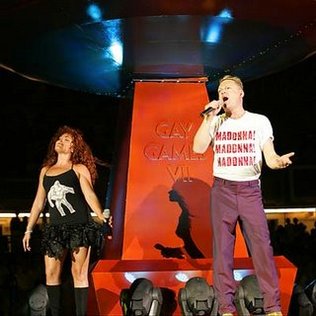 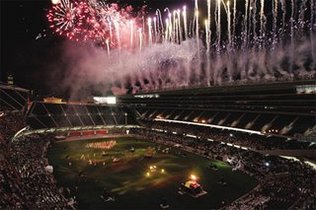 A Few More Photos of The Gay Games 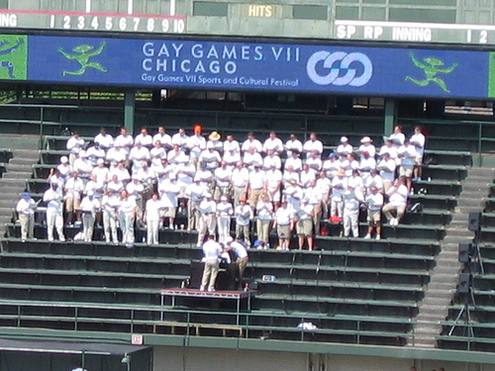 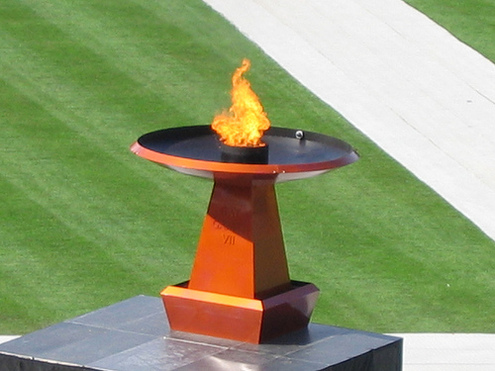 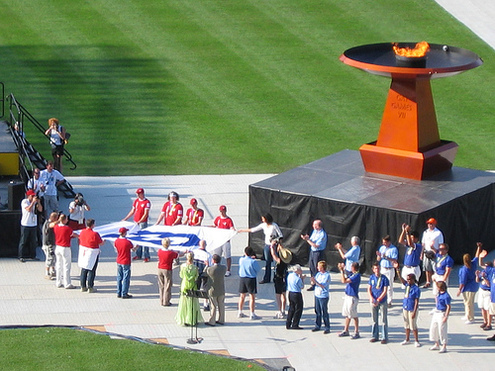 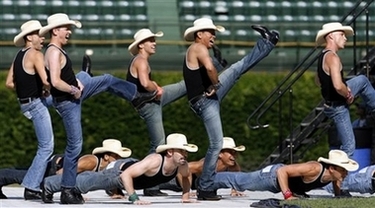 Outsports.com did a great job covering the Gay Games and hosting a party

and now with an wrap-up report card of the Games.  Outsports editor, Cyd, gives the Games a C+.  Read his and others reviews online at Outsports.com.  Myself I rate it an A-.

REGISTRATION:   A+.  I arrived at registration about 2pm on Saturday and was in line for maybe five minutes at the most.  And that was my own fault as I got into the wrong line.

OPENING CEREMONIES:  D.  It’s partially my fault for being on time but being queued outside in the sun for two hours was not a fun day.  Yes they tried to make time pass by having performers take an outside stage but most of us hid in the shade under the trees near the porta potties.  Then we all got to queue up and wait inside the very hot and very unaircondioned stadium.  After that the fun began as we all ran out onto Soldier Stadium.  But then hours of boring speeches took over and we all left way early.  Hey we had to swim in the am. 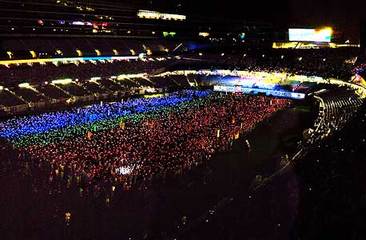 MY SPORT, SWIMMING: B+.  Great pool as I did some of my fastest times.  It also was very well organized.  One drawback is that we couldn’t get into the locker rooms before our warmup time.  The second and major drawback was the lack of a warmup pool.  We only had two lanes which was so packed warming up before an event was impossible.

VENUES: C-.  Swimming pool was nice but see above about warmup pool.  The water polo/pink flamingo pool was horrible.  That pool must of have been built before the invention of windows and air conditioners. 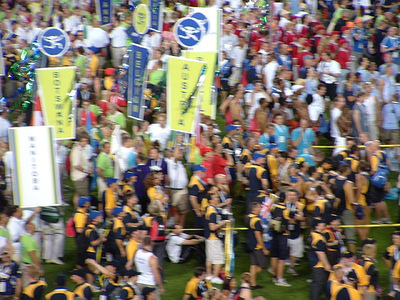 CITY PRESENCE: B.   Okay so maybe there could have been more banners outside of Boystown but once in Boystown you couldn’t go past one store with out seeing a sign and the street lights had Gay Games Banners.  As for around the town it was disappointed that Walgreens a Gay Games sponsor didn’t have signs in the stores.  But if you walked around town so many guys and gals had Gay Games T-shirts and wore the lanyards with credentials you couldn’t get on any bus or train without seeing a Gay Games participant.  That and the fact Gay.com gave away red backpacks with Gay.com printed on them that you saw everywhere.

MEDIA EXPOSURE: A.  With the web and sites like Outsports.com people’s stories were all over and local media did report it almost every day from what I saw on WGN and the NBC affiliate. 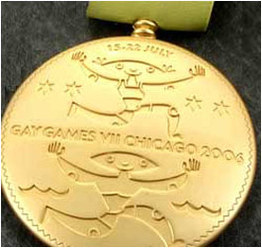 RESULTS REPORTING: A+.  For swimming results were printed and posted fast at the pool and then on the web just as fast.

BEYOND THE SPORTS: A.  Okay so most of it was bar related but I had a blast.  Nuff said!

OTHER: A+.  The volunteers were so great.  On day one I was lost but saw a volunteer in a green volunteer shirt and not only did he give me directions to the sign in hotel he actually walked me to it.

OVERALL: A-.  Yes being my first Gay Games I don’t have anything to compare it with but all week long I had one great experience after another.  I can’t wait to 2010 and the next Gay Games.

Read more opinions about the Gay Games on Outsports.com

Even More of More Pink Flamingos 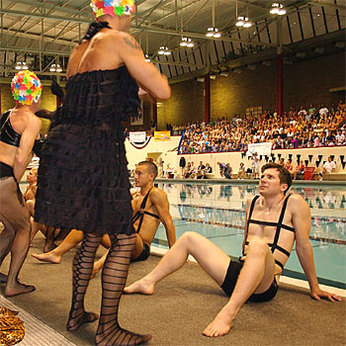 The Chicago Sun Times Gay Games coverage includes a page of photo galleries to each of day.  To see this and other Pink Flamingo pictures click on the July 20th link HERE.  Still no photos of me have popped up.  Maybe that is a good thing! 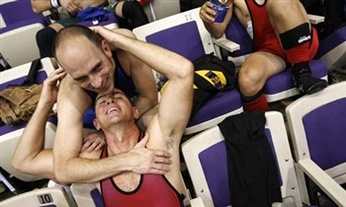