Level up your swim, minimize distractions, and show the competition all you’ve got with the brand new Speedo Fastskin Hyper Elite Goggle. Developed with the world’s top athletes, the Hyper Elite features hydrodynamic and performance-enhancing technologies.

The Smart Goggle, Powered by Ciye™, is designed to help swimmers improve and meet their fitness goals. The in-goggle display and activity tracker gives real-time feedback to help you track your distance and time and get the most out of your swim. Once you’re out of the water, the app provides in-depth analysis of your workouts, logs your history, and allows you to connect with friends and fitness apps.

Lane 1 - Daily Mail posts "It's a girl! Olympic swimmer Geoff Huegill scoops top prize on Australia Day with arrival of new baby.  The 34-year-old butterfly champ and his wife Sara have yet to release the name of their newborn, but mother and child are said to be fit and healthy."

Lane 2 - Arena Water Instinct posts "Arena Cruiser 'Soft' Training Goggles.  These 'soft lens' training goggles are designed with a high 'self-adjusting' nose bridge, which is ideal for those with a high arch. The dual density frame and seal provides superior comfort and fit, while the adjustabe 'split' strap allows for easy 'on head' alteration."

Lane 3 - The Sydney Morning Herald posts "Ian Thorpe struggling with life in the slow lane.  A News Corp Australia report on Friday stated that the swimming great was injured in a fall earlier this week and claimed he seeking help for depression and alcohol abuse.  Hackett said, if true, Thorpe should be admired for facing his demons."  Meanwhile, The Sydney Morning Herald posts "Ian Thorpe's management denies swimmer is in rehab.  Ian Thorpe's management has denied that the Olympian is in rehab battling depression and alcohol abuse, saying instead he was in hospital for a shoulder operation."

Lane 4 - The Courier Mail posts (w/video) "Strife in the fast lane: James Magnussen trying to control his need for excessive early speed.  JAMES Magnussen has embraced his "vintage'' race plan and is trying to kill his bad habits, especially his tendency to go too fast.  Revealing yet another reason why he suffered an Olympic meltdown in 2012, Magnussen said too much speed in training had completely altered his approach. He went chasing speed to match his major rivals and it cost him the 100m freestyle gold."

Lane 6 - Yahoo posts "Chad Le Clos embarrassed by breaststroke.  He's an Olympic gold medallist and considered one of the best swimmers in the world.  So why is South African Chad le Clos embarrassed?  "My breaststroke is really bad. It's embarrassing," le Clos says with a laugh.  "I mean some of the girls beat me."

Lane 8 - The Guardian posts "Heroes of swimming: George Freeth.  Anyone ever saved by a lifeguard owes an unspoken debt to this Hawaiian surfing pioneer, who popularised modern techniques of rescue and resuscitation."

SwimOutlet / Swimming World - Mark Gangloff talks about how to choose the best goggle.

Mark Gangloff talks about how to choose the best goggle.

Lane 2 - SwimOutlet.com posts "Swim Goggles Buying Guide.  Having a variety of choices is 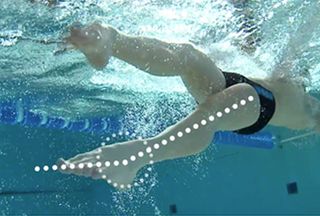 Lane 3 - Speedo posts "Swim Fitness | Different types of swim kick.  There are different types of kicks that you can use whilst swimming, each with unique benefits, and here we will give a breakdown of each one. Getting your kick right is just as important as your stroke, the more efficient your stroke and kick, the more effective your swim will be."

Lane 4 - Runner's World posts "RW Half & Festival Features Record, Wedding Proposal.  The running-with-your-dog seminar was one of 13 on Friday and Saturday with Runner’s World editors and other experts. Olympic swimmer Summer Sanders led one of the most popular, on women’s running. (As is now the norm, the half-marathon had more women than men finishers.)"

These stylish training goggles have been designed with a wide PC lens which provides perfect, undistorted underwater vision. With cutting-edge Liquid Silicone body and seal for ultimate comfort, fit and durability. Liquid Silicone also makes up the split strap which inturn includes 'ACS' side clip for easy adjustment whilst on the head. These goggles fit all face shapes and really are a perfect option for pool, open water and triathlon. What more could you want from a goggle?

Made using the latest in cutting-edge materials, these active goggles are soft and comfortable against the face, offering a secure and precise fit. With split strap and easy to use ACS system, offer simple adjustment whilst being worn.