Lane 1 - Channel NewsAsia posts "Success ultimately boils down to your determination: Swimmer Tao Li. What does it take for an athlete to secure an Olympic medal? Channel NewsAsia speaks swimming star Tao Li on her lessons learnt from her time at the Olympics."

Tom Daley -From Diver to Shark – behind the scenes of the transformation!

Ahead of the start of UK Shark Week (2-8 August), the experts at SeaWorld challenged me to transform myself into one of the ocean’s top predators and most misunderstood creatures. I wanted to raise awareness of the threats sharks are facing in the wild. Watch this video for an exclusive peek behind the scenes on the shoot!

It's A Shark Attack At SwimOutlet.com @swimoutlet #sharkweek 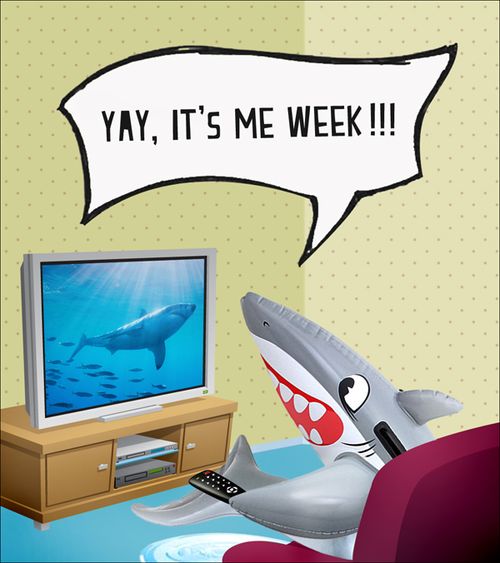 Check out some of these great Shark themed swim gear from SwimOutlet.com and celebrate every week like it's Shark Week! 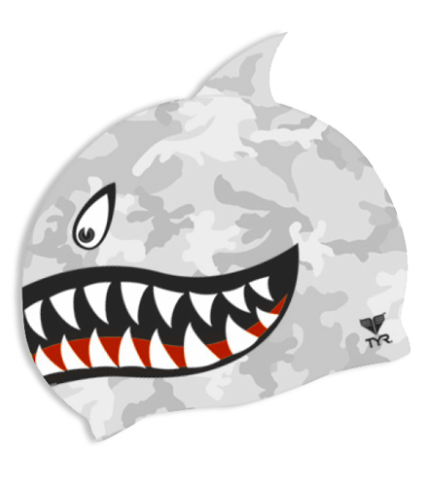 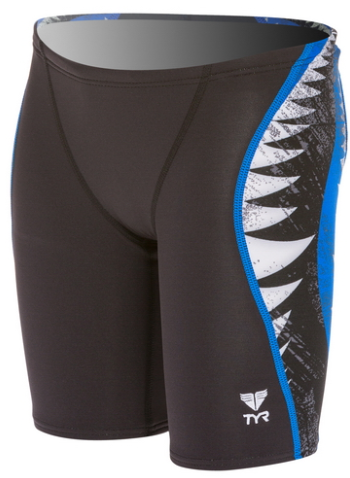 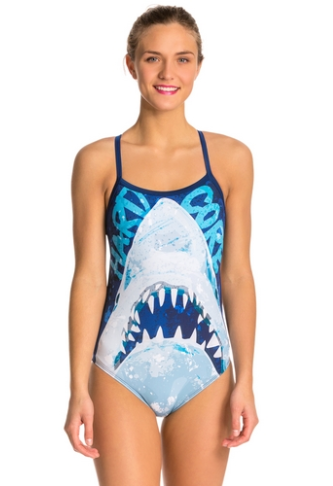 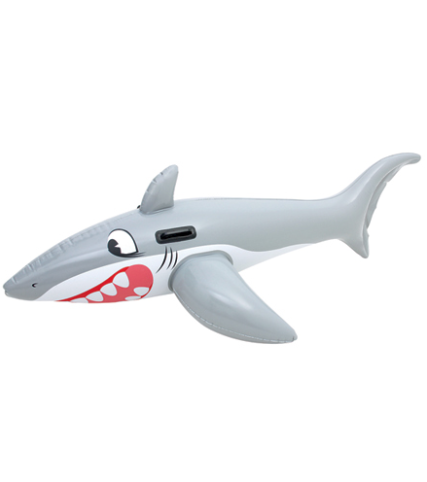 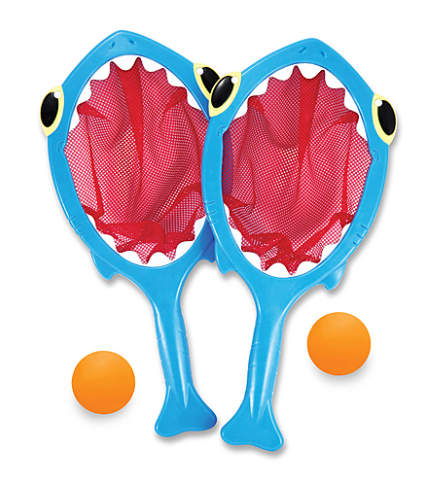 Bite 1 - Vox posts "Shark Week is upon us. And as a shark scientist, I both love and hate it."

Bite 3 - ABC11 posts "MARINE INJURED IN 8TH SHARK ATTACK ALONG NORT CAROLINA COAST. A spokesman for the Naval Hospital at Camp Lejeune said the victim was brought into the hospital late Saturday night." 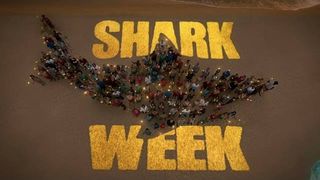 Shark'" Paul de Gelder lost two limbs in a 2009 shark attack when he was an Australian Navy clearance diver. Unbowed, he continues to dive with sharks to learn more about them. He stars in Discovery Channel’s Shark Week special, “Bride of Jaws," about the the quest to find and re-tag "Joan of Shark," which, at 16 feet, is the largest female Great White shark to ever be tagged."

Bite 5 - Business Insider posts "There's an unstoppable reason for the recent surge in shark attacks. More than half a dozen shark attacks have happened in North Carolina in the last three weeks — nearly as many as happened all of last year. Experts say this summer is brewing up something of a perfect storm for the attacks."

Bite 6 - Fox News posts "Justin Bieber's buddy gets a shark bite during vacation. Shark Week isn't working out well for Justin Bieber.  The pop star's friend endured a nasty shark bite, courtesy of a reef shark the buds ran into while vacationing together over the Fourth of July holiday weekend."

They will personally take viewers on the journey through mass rescues, resuscitations, shark sightings, and all number of the weird and wonderful experiences Bondi dishes up. No longer framed by narration, lifeguards who are normally considered 'strong and silent' are revealing a side of themselves we've never been privy to before.

Lane 1 - CNN posts "Shaped by sharks: Five designs inspired by ocean predators.  If ever there was a man with the body of a shark, it was American swimmer Michael Phelps.  What was his secret? Apart from freakishly good genes, Phelps wore a Speedo Fastskin II swimming suit, modeled on drag-resistant shark skin." 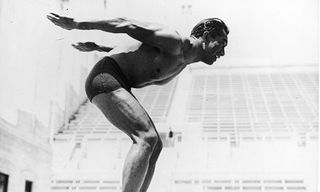 “stupid” incidents in the past week."

Lane 4 - The Guardian posts "Heroes of swimming: Duke Kahanamoku.  Second in our series on the greatest swimmers of all time is an unassuming kid from Hawaii who went on to conquer the world – and pioneer the sport of surfing."

Lane 5 - Inside The Games posts "Ledecky and Ligety unveiled as US sportspeople of the year.  Swimmer Katie Ledecky and Alpine skier Ted Ligety have today been named by the United States Olympic Committee (USOC) as its sportswoman and sportsman of the year, respectively, for 2012-2013."

Lane 6 - Delaware County Times posts "FINA slow to react to Crippen tragedy.  Thursday marked an ominous anniversary for the world of swimming: Three years ago, Fran Crippen died during an open water 10k race outside of Dubai. Even three years after Crippen’s death, FINA, swimming’s international governing body, has been embarrassingly slow and indecisive on measures to prevent future tragedies."

Sunday's Swim Report - A Bit Of A Swimmer's Comeback and SHARKS!

Lane 2 - Daily Telegraph posts (w/video) "Swimmer Kenrick Monk's new career as a rower with Olympic ambition.  Up until two weeks ago Kenrick Monk had never been in a boat before. Today, the dual Olympic swimmer is aiming to qualify for his third Games - this time as a rower."

Lane 3 - Boxscore posts "Hungarian Water Polo legend Dezső Gyarmati passes away.   The final day of the Men's Junior U20 World Championships in Szombathely, Hungary was overshadowed by the death of Hungarian waterpolo legend Dezső Gyarmati who passed away today at the age of 85. He won three Olympic gold medals during his active career and is considered one of the greatest water polo player of all time."

Lane 4 - Boston Herald posts "Shark sighting prompts Cape Cod swimming ban.  State officials told the Cape Cod Times (http://bit.ly/16UcLOn ) that divers spotted the 16-foot-long shark about a quarter-mile off shore Saturday and warned surfers when it moved to about 100 yards from the beach. Someone also called the National Park Service to report the shark."

The shortfin mako shark swims at speeds up to 60 mph.

For the second year, Volkswagen is partnering with the Discovery Channel for Shark Week, which premieres August 4th. VW has transformed a Volkswagen Beetle Convertible into a fully functional vehicle and shark cage that marine biologist Luke Tipple is driving underwater amongst the sharks and marine life.

Tuesday's Swim Report - Get Into Swimmer Or Face The Wrath of Malibu Shark Attack!

Lane 2 - ES Collection posts "OFFICIAL MAKING OF "EL HIERRO" Swimwear 2013 ES Collection Campaign.  With the 2013 campaign baptized "El Hierro" the brand presents a swimwear collection produced ​​entirely in Spain (as all ES collection products) with first quality materials, unique design and fluor colors. In a few words, a collection unsuitable for shy people. It also incorporates its two worldwide patents, the solar tattoo and the Pack-up system in several of its models." 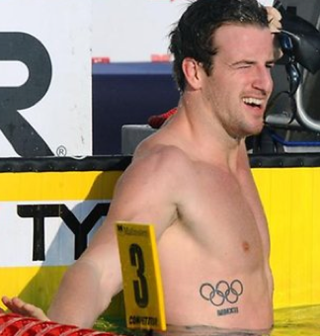 will represent Bermuda in Spain. Burch has qualified by time, and Heyliger was granted a wild card."

Lane 4 - The Australian posts "Actions speak for James Magnussen.  THINGS could hardly be going better for James Magnussen as he prepares to defend his world 100m freestyle title in Barcelona later this month, but he's learned his lesson from the London Olympics.  This time he's not making any big statements, and his swimming is doing the talking."

Lane 5 - King5 posts "Actively Northwest teams up with Olympic swimmer Ariana Kukors .  Olympic swimer and world record holder Ariana Kukors joined guest host Meeghan Black to talk about why she's teaming up with LifeWise Health Plan of Washington to launch Actively Northwest, an online lifestyle magazine that features stories, tips and other resources to help people live healthy and fit lives. Ariana hopes to use her new position as Director of Health Inspiration for LifeWise to help motivate, support and encourage others in their health and fitness journeys."

Lane 6 - Wales Online posts "Jazz Carlin inspired for world glory bid by Olympic omission.  The Swansea swimmer stole the show at the recent British Championships in Sheffield where she claimed a hat-trick of titles and clinched her place at the World Championships in Barcelona which start on July 28."