It's been a month of not much swimming it seems.  In December I've swum 30,950 yards.  Past Months To Compare -

What a morning!  I forgot my bathing suit and one fin.  The fin is no big deal as it fell out of my bag but no bathing suit?  Normally in the morning I put on my suit and then my pants/shorts over it.  So how I forgot to put on a swimming suit is baffling.  Luckily I was able to borrow one from a mate.  I was going to skip swimming but no such luck.

Not a bad workout.  Didn't feel great in the water but I did it.  One last swim for 2011 with 1,800 yards.  Sometime this weekend I'll add my totals up for the month and the year.   Yesterday at the gym I got in one hour of Group Ride.  So more time on the bike!

How To Make A Frozen Swimmer In 30 Minutes or Less!

Wahoo!  46F!  A Heatwave!  Headed to the pool for a quick swim.  Gotta be at work early today!  Well earlier then normal.  So early for me.

One of our neighbors dropped off donuts last night so guess my breakfast was an easy choice!  And yes I ate the pink one!  I was shocked that we got into the pool a bit early today with everything else being closed.  But we did! 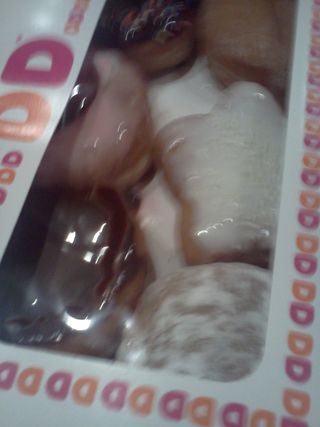 An nice an easy 2,800 yard workout.  I got to admit after I was done I had really bad stomach cramps.  I should have been drinking more water!  Grrrr.....

On the 11th day I wished for a Splish Equipment Bag from splish.com!  Yeah, maybe if I had one I wouldn't have lost all those goggles this year and a pull buoy (which i later found!)  They even have a pink flamingo one... 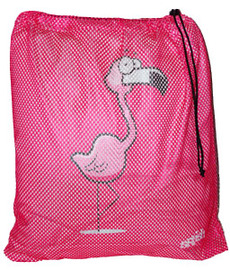 Even if Santa forgets to bring me one I am gonna break down and finally get an equipment bag for all my swim toys!  check out splish.com

The lack of speed in this one is disturbing!

The lack of speed in this one is disturbing!  Or at least that is how I felt this morning.

Yesterday I got in a really hard Group Ride (Spinning Class.)  Oy!  That was all I did since I had a very early morning at work.  Taking any class at all was a miracle.  Today I have Group Power at noon.  This weekend with the holiday I'll be swimming both days and that is it.  Monday it's Power and Swim while Tuesday I'll be taking 3 Group Ride Classes in a row.  OY! 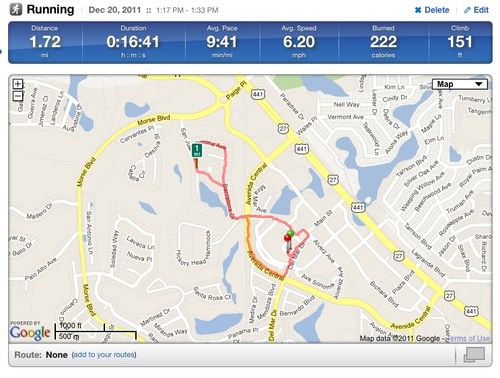 Wake Me Up After You Defrost Me Swim.

These 47F mornings suck!  I'm beginning to hate the steam rising from the pool as it really makes me cough up a storm. Breathing in those chemicals can't be good!  Luckily I had a swim mate to push me today even if he did wear fins.  The guy is fast enough without fins but with fins I gotta push myself just not to be crushed by him every time.

So 2,400 yards.  Today it's just Group Power for me and that is it.  This week I'll be swimming everyday but Thursday and Saturday.  Gym time will be more of the same with Group Power Mon/Wed/Fri but Tuesday and Thursday are up in the air.  Guess some cardio of some sort.

Frozen In The Pool

Brrrr!  47F!  It was a chilly morning on deck and in the pool.  So didn't feel like swimming this morning.  I shouldn't say that cuz' I did feel like swimming till I got in the water.  I was on my own and just not motivated.  I had a workout given to me but I sorta couldn't hack it on my own.  I ended up modifying it then just not even finishing it.

I guess that is better then getting none.  Hopefully I'll do better next year.  Still upset that I was 11th in the 1500 for my age group.  But it was 8 seconds difference so I really have my work cut out for me next year.

After yesterday's swim I headed to the gym for the noon time Group Ride.  After the class it was time to run. 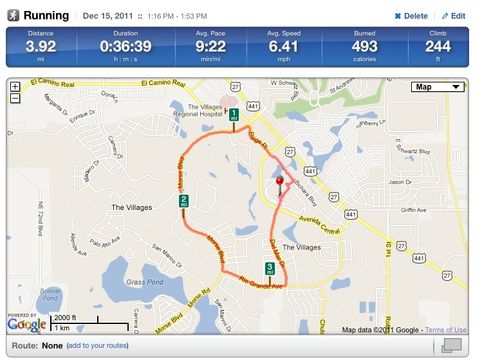 Just 3.92 miles.  It wasn't the greatest run but felt better then my last run on Wednesday.  I'm hoping to get another run in this weekend.  This month I've run 16.5 miles.  I was hoping to be at 20 miles by now.  But whatever.  I'm running for crosstraining not for any race right now.

This morning it was swim time.  Quick workout.  Had a 8am appointment to get my hair cut so had to cut short my swim.

Okay so it was a pretty bad slim.  Too much wine and not enough sleep.  Good thing I had to get going out of workout early.  But at least I got a workout in.  Today at noon will be Group Power so strength training before the weekend.