Lane 1 = WDRB posts (w/video) "U of L swimmer breaking records and eyeing Olympic glory. One swimmer is having a record-setting season and Olympic glory could be on the horizon. Inside the Ralph Wright Natatorium on the U of L campus, it's hard to tell one swimmer from another. With goggles and swim caps on, individuals become a team, which is exactly how senior swimmer Kelsi Worrell likes it. Worrell is a rising star in the swimming world, but it's her University of Louisville team she's focused on."

Lane 2 - Herald Sun posts "Olympic plea to save our kids. A FORMER Olympian has renewed calls for learn-to-swim classes to be made compulsory in Victorian schools. Triple Olympic medallist, Andrew Lauterstein said it’s never too soon to get toddlers in the water and urged a State Government rethink around the roll out of primary school swimming programs."

Lane 4 - BDlive posts "Le Clos not just fly guy in Rio. CHAD Le Clos’s coach, Graham Hill, says his protégé will compete in more than two events at the Rio Olympics, but apart from the obvious butterfly races, he does not want to reveal his hand yet."

Posted at 05:53 AM in In Swimming News, Olympics, Other Swim Stuff, Synchronized Swimming | Permalink | Comments (0)

Lane 1 - Omaha.com posts "Omaha has built on success with Olympic Swim Trials. That the 2016 USA Swimming Olympic Trials have evolved into a bucket list event for swim geeks and casual sports fans alike is a testament to how well the past two trials in Omaha were received."

Lane 2 - Mirror posts "Rebecca Adlington has had "plenty" of rows with husband since baby birth. Britain’s 26-year-old Olympic gold medallist would have loved to take a year off on maternity leave – but as the family breadwinner she had to work. That means she is one of 12 celebrities taking part in Channel 4’s gruelling winter sports show The Jump tonight. She also appeared on I’m A Celebrity and runs her nationwide Swim Stars swimming classes for children."

Posted at 05:00 AM in In Swimming News, Olympics, Other Swim Stuff, Synchronized Swimming | Permalink | Comments (0)

Friday's Swim Report - But Can A Dolphin Live On Minimum Wage?

Lane 1 - The Herald Sun posts "Without question, Michael Phelps, retiring as the most decorated Olympian in the history of the Games with 22 medals --18 of them gold -- has been the face of American swimming.  But Cullen Jones stands out, too, certainly because he's a terrific swimmer; and he's a black swimmer, one of three of African-American descent who hit the pool in the Aquatics Centre in London as members of the 2012 U.S. Olympic swim team.  Lia Neal and Anthony Ervin are the other black swimmers for Team USA."

Sports Grid posts "Kobe Bryant’s Relationship With An Australian Swimmer Has The Olympic Village Gossiping."  Larry Brown Sports posts "Stephanie Rice: Kobe Bryant and I are just friends.  “FYI yes Kobe and I are friends, but no we are not together and never have been,” she wrote in a tweet. “Can’t guys and girls be just friends..? He’s an amazing athlete and I’ve enjoyed getting to 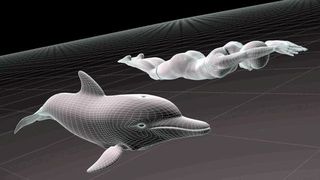 know him and many other great athletes in my Olympic journey.”

Lane 3 - news.com.au posts "Australian Olympic swimmers lucky to be on minimum wage.  AUSTRALIA spent $38 million on swimming in the lead-up to Alicia Coutts winning her Olympic relay gold medal in London but our most successful competitor at the Games will soon be back cleaning out cat litter trays.  Despite the massive amounts of Federal Government funds spent on the sport and a salary close to $500,000 a year for Australian Olympic Committee chief John Coates, most of the Australian swim team survive on less than the minimum wage."

Lane 5 - WSJ posts "NYC swimmer with Olympic bronze: Fun is important.  Olympic swimmer Lia Neal is back home in Brooklyn with the bronze medal she won in the women's freestyle relay.  The 17-year-old beamed as she proudly wore her medal Thursday on Fox 5 News.  She says it also belongs to everyone who helped her along the way.  Neal thanked her parents and extended family for their sacrifices. She said her mother drove her to practices, sometimes nine times a week, and went to all her swim meets.  It was her first Olympics."

Lane 6 - NY Times posts "Synchronized Swimming, Hollywood’s Gift.  In an ideal Olympic universe -- you know, the one in Baron de Coubertin’s head -- we probably wouldn’t need a quadrennial do-over of Wimbledon. But let’s take the Olympic movement’s words as our guide: “faster, stronger, higher”. Then let’s take the words of one of the Italian synchronized swimmersl: “We pretended to make pistols with our hands.” This, remember, is after her team gelled their hair and put on waterproof makeup. For the Olympics."

Lane 7 - nine posts (w/video) "Money talks at the Olympics.  The Olympics' most successful athletes are in the midst of a massive publicity campaign in London as some of the world's biggest companies attempt to cash-in on the Games."

Lane 8 - Time Magazine posts "Olympic Homophobia: Why Are There So Few Openly Gay Athletes?  In the high-profile world of Olympic competition, only a small (but growing) number of gay athletes have publicly acknowledged their sexual orientation."

BONUS:  An update from yesterday's report now with video "Thief swipes swimming pool stripes.  A bizarre theft in northwest Albuquerque has officials baffled. Someone stole the stripes off the bottom of the Paradise Hills swimming pool." - koat.com

Posted at 10:04 AM in Gay Games / Out Games, In Swimming News, Olympics, Other Swim Stuff, Speedo, Synchronized Swimming | Permalink | Comments (0)